USG recently voted on a proposal to suggest the inclusion of a new Coffee Kiosk and lounge space in the Walsh Library! While this initiative is still in its final steps as it seeks approval from Aramark and the Walsh Library administration, it carries the full support of the USG Senate. This kiosk will have various grab-n-go items, a refrigerator with drinks, and coffee. Rather than a trip to Cosi or other nearby locations for something to snack on, the new kiosk will allow students to get a quick bite without even leaving the building.

Proposed by Senator David Donofrio, FCRH ‘22, with collaborative effort from Aramark and Library services, USG approved the petition for a small, yet revolutionary, addition to our campus. In his presentation discussing the perks of this new kiosk, Donofrio mentioned that it will be used especially during midterms and finals to provide a pick-me-up for students using the library. Similar to the one in Keating’s basement, the Senator hopes that this kiosk will also give commuter students a space to study efficiently. Kaidya Adames, President of the Commuter Student Association, says: “The limited space commuters have on campus negatively impacts our studies and sense of belonging on campus. Adding a lounge space in the library would be an effective way to combat these issues.” Hopefully, this new space will be a good way to further bridge the gap between Fordham commuters and resident students, while also giving everyone more incentive to hit those books and grind away while enjoying a nice cup of coffee.

Heads Up For Sustainability Week! 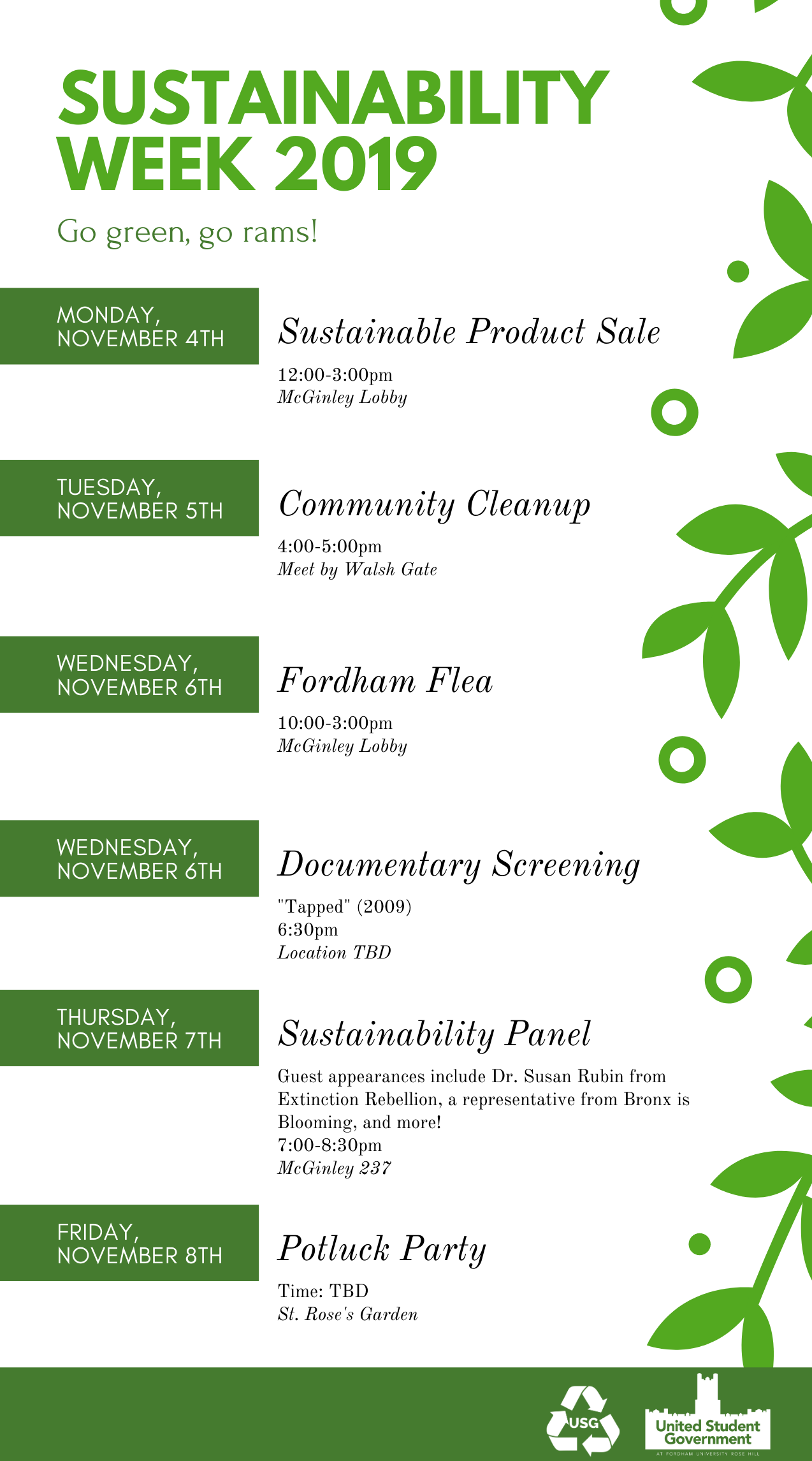